The difference between Shusui and Enma is Shusui did less damage but was easier to control, while Enma does more damage but is not easy to control until you get the hang of it with Haki. Think of it like Shusui has 100% accuracy while Enma has 70% accuracy (only because Zoro hasn’t completely mastered it yet). 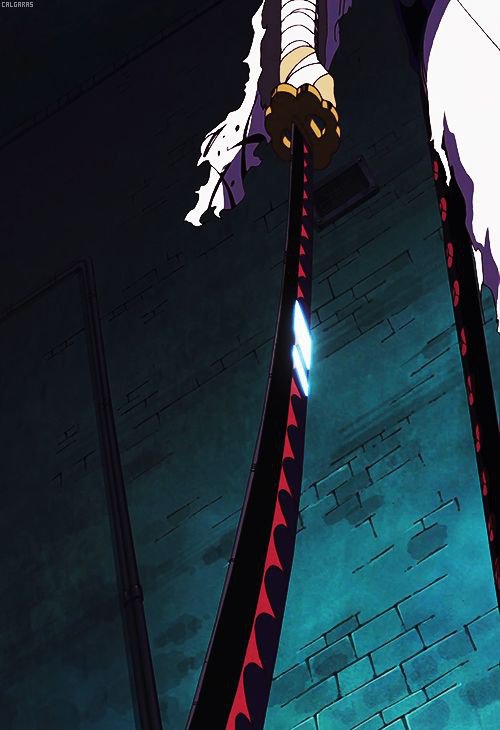 Because Zoro did not have full control of it just yet, he overdid it with Enma a handful of times by accidentally cutting off an innocent cliff.

Manga spoilers down below, if you are an anime watcher, be warned and leave immediately:

And Zoro also not being able to control and aim his attack against Kaido. If you read and put more thought into this panel, It’s implied Zoro missed Kaido with his attack, Kaido didn’t dodge.

From the looks of recent events, it looks like Zoro has gotten the hang of using Enma. Crazy thing is, there’s still a marginal gap between him and Mihawk. If Zoro decided to use Enma, Ame no Habakiri, and Wado Ichimonji or the Sandai Kitetsu, Zoro would be even more powerful than he is right now, but still not enough to beat Mihawk. 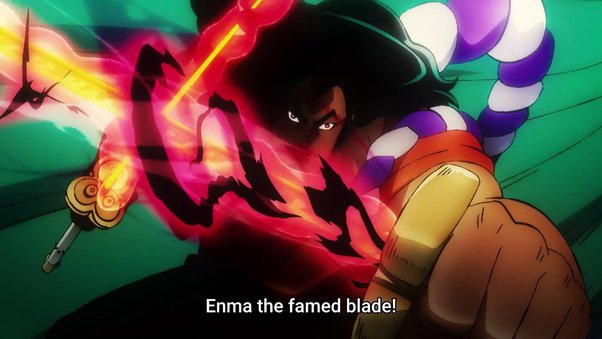 The fact that Oden was able to wield and control Enma and Ame no Habakiri without a sweat shows how much of a fucking beast Oden was as a swordsman and samurai. A reason why Kaido considered him one of the handful of candidates capable of fighting him.

Giyu Vs Rengoku ? Who Is Stronger ?
How does the dual power system (Devil Fruits+Haki) in One Piece work?
7 Best Spy Anime To Watch After Spy X Family