American celebrity chef Antonia Lofaso’s rapper partner Heavy D’s death caused much turmoil in her life, especially since their daughter was only 11 at the time.

That regrettable event didn’t stop her from focusing on her passion. However, her recent sighting in the 16th season of the dating reality show, The Bachelorette, made headlines.

Her appearance even made many wonder if she was back in the dating game 9 years after her boyfriend’s death.

Antonia Lofaso’s Appearance in ‘The Bachelorette’ The celebrity chef only appeared for a brief time during the December 15 episode of the sixteenth season of The Bachelorette. But that was enough to get fans of both the show and the chef riled up.

Her appearance in the show came after one of the top contenders of the shows, Ben Smith, took the 16th bachelorette Tayshia Adams on a hometown date. However, the chef’s appearance was not as scandalous as many would have you believe.

Before the potential couple’s date, Smith told Adams beforehand that she’d be meeting Antonia at a stimulating date at the Quinta Resort & Club in Palm Springs.

Smith said, “I told you before, my life is full of strong, decisive, bold, independent women, and the two people you’re going to meet today are my two favorites — a really close family friend, her name is Antonia, she is with me more than anybody else. And you and her are eerily similar, it’s incredible.”

It turns out, Lofaso and Smith go way back, and the two have made several appearances on each other’s Instagram over the years.

See also  Homelander vs Soldier Boy : Who Would Win ?

In November 2020, Smith had posted a video with the chef with the caption, “Happy Birthday Antonia, I love you very much. Thank you for being you.” But as of May 2021, the post has been removed from his account.

In addition to being a close family friend, Lofaso also trains in Smith’s gym, Deuce.

And all the connection between Lofaso and Smith and her appearance in the show made fans crazy and led to several speculations of them possibly dating sometime in the past.

“Is nobody gonna talk about the fact that Bens family friend is ANTONIA LOFASO FROM FOOD NETWORK?!?! #TheBachelorette,” one wrote on Twitter.

Her Inexplicable Love for Daughter Comes First before Any Affair 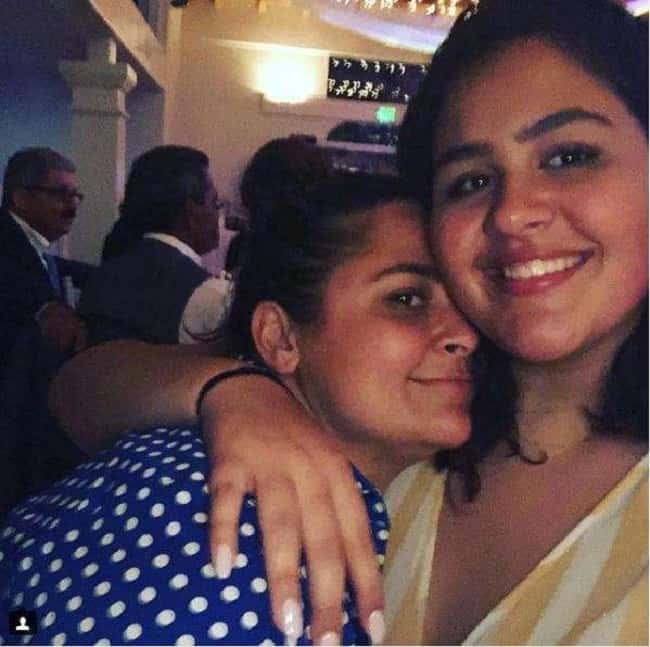 Despite the rumors of her dating possible boyfriend, Lofaso has remained single (at least publicly) ever since the death of her boyfriend in 2011.

FYI, Lofaso and Heavy D had never confirmed if they were married or husband and wife — but it was always official that they were partners and parents to their daughter, Xea Myers.

And even though the rapper died when her daughter was only eleven, the celebrity chef has mentioned several times about receiving lots of help from Heavy D’s family in raising her daughter, who is now 21-year-old.

Despite being a chef who’s got a lot in her hands, including her two restaurants and running Black Market Liquor Bar, Lofaso doesn’t fail to manage more than enough time for her daughter.

Being a mom, she never forgets her priorities and puts her daughter ahead of her passion for cooking and any would-be romantic affair.

She often shows off her daughter on Instagram and also updates important events surrounding her daughter’s life.

Adding to that, Lofaso doesn’t need any special occasion to share her daughter’s smiles on her Instagram as well. She’s always posting pictures of her daughter constantly thanking her for just being there.

Her daughter Myers isn’t far back when it comes to sharing moments she spends with her mother. She also often posts pictures with her mother, from the most random moments to the most special events.

Why Did Margot Robbie Slap Leonardo DiCaprio ?
Here’s What Kat Stickler’s Ex Husband Mike Is up to after Their Split
Brian Kleinschmidt Is Proud To Be His Daughter's Bonus Dad