A familiar face for ABC News followers, David Muir has a reputation that encapsulates his outstanding skills and adorable personality.

He serves as the lead anchor of World News Tonight, co-anchors the ABC News magazine 20/20, and is a part of the news department of the ABC broadcast television network, based in New York City.

His professional life is an open book but the same cannot be said about his personal life.

Here get acquainted with his personal life, relationship status, parents, and ethnicity. Muir’s fans from all across the world want to know his relationship status. However, there is no information or even hint on his personal life.

The ABC News anchor has never penned a word about his dating status on his social media. He has also never shared such details on any of his interviews. Because of that, it is difficult to know if the experienced journalist is married to a wife or still single.

The only thing on the internet that connects Muir with even the word ‘love’ is a blog written by Kate Dries for Jezebel. Dries have referred to Muir as her boyfriend in the article titled “Report Indicates My Boyfriend David Muir Is a ‘Monster’.”

Rumors of Him Being Gay 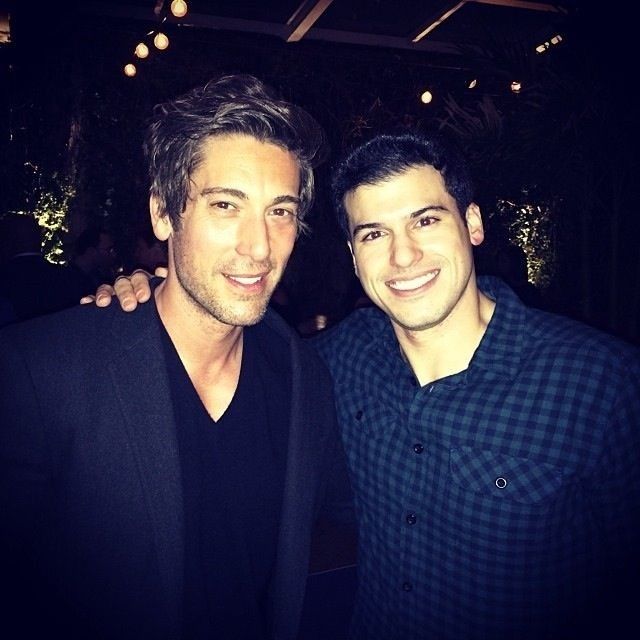 Since Muir, age 47, has never affirmed having a girlfriend or a wife himself, many started speculating that he could be a closeted gay.

His sexuality’s topic attained more attention when rumors of him being in a dating Gio Benitez, surfaced on the internet in 2015.

The reason for those rumors is just baseless as well — because according to Heavy, fans speculated they were dating on the basis of spotting them together on more than one occasion.

But once the reporter Benitez got engaged to his boyfriend, Tommy DiDario, on September 17, 2015, the talks ended. Benitez and his boyfriend DiDario officially married on April 16, 2016.

That being said, Muir, himself, has never denied or accepted any rumors related to his sexuality and personal life.

It is clearly evident why many are curious to learn about the relationship status of ABC anchor Muir. Well, his charming personality tends to make people grow fondness towards him.

Adding to that, Muir was also named one of People magazine’s Sexiest Men Alive in 2014, along with Good Morning America contributor, Tim Tebow, and GMA part-time correspondent, Michael Strahan.

Muir was born on November 8, 1973, in Syracuse, New York. He holds an American nationality and speaks Arabic and Spanish fluently.

The ABC anchor graduated from Ithaca College with a Bachelor of Arts degree in Journalism in May 1995.

His father’s name is Ronald Muir while his mother’s name is Pat Mills. He also has an older sister named Rebecca Muir in his family.