They had first met on the sets of the American comedy series Psych, where they played as love interests. Roday presented Shawn Spencer, a freelance consultant, while Lawson played Juliet “Jules” O’Hara, a junior detective for the Santa Barbara Police Department.

Their on-screen fling that developed into real-life love, however, couldn’t go longer than 7 years. James Roday and Maggie Lawson turned their on-screen love into a real-life relationship.

The on-screen married duo started dating in 2006. But the relationship didn’t last forever, like in the series.

They ended their 7-year long relationship in 2014 without citing the reason for the break-up. 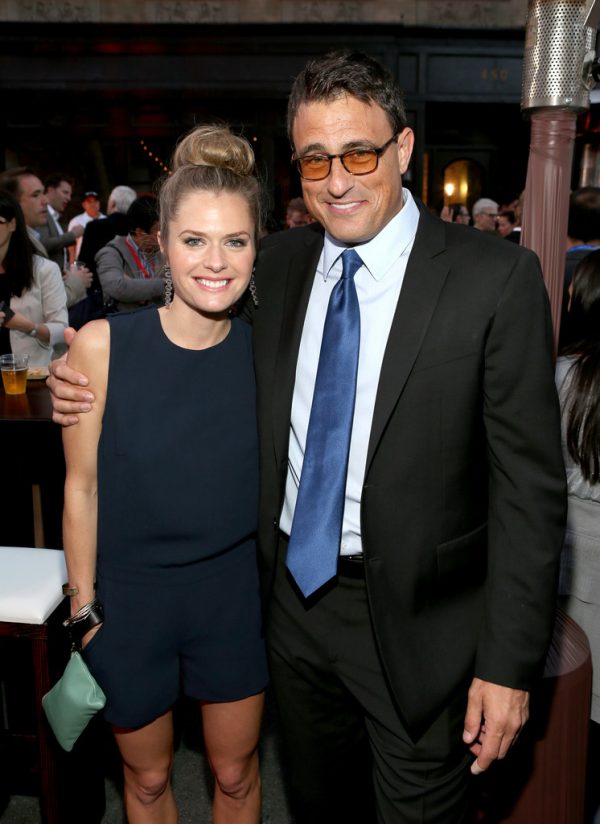 After parting ways with the Psych co-star James Roday in early 2014, Maggie Lawson found a new man in her life — actor Ben Koldyke.

She met him in the sets of the ABC sitcom, Back in the Game, according to Worldation. In the show, Lawson portrayed Terry Gannon Jr. and Koldyke portrayed Dick Sligbaugh.

Wasting no time, Lawson and Koldyke got engaged in November 2014 and got married in August 2015.

However, the marriage could not last long; Maggie Lawson and Ben Koldkye separated in early 2017, just two years after their wedding.

Since the split with his on-screen wife and real-life ex-girlfriend, Maggie Lawson, James Roday hasn’t been linked with any partner.

However, the fans of Roday and Lawson still want them to rekindle their romance.

That being said, the Coming Soon star seems focused on his acting career.

Lately, he has been playing a prominent lead role in ABC’s American family drama, A Million Little Things, since 2018, alongside teen actress Lizzy Greene.

In the series, he plays Gary Mendez, a character with deflective humor and complete control over his emotions. The show premiered its third season on November 19, 2020.

James Roday is an American actor known for portraying the role of Shawn Spencer in the USA Network series Psych (2006-2014) and its spinoffs.

Born James David Rodriguez on April 4, 1976, he grew up in San Antonio, Texas. He attended Taft High School in Texas.

During his college years, Roday was the lead vocalist and keyboard player for the band Dogberry. He even paid tribute to ‘The Sundays’ by recording the band’s single, 24 Hours, with his bandmate.

Following his passion and interest in performing arts, he started his acting career. First, he starred in theatrical productions such as Three Sisters, A Respectable Wedding, and Severity’s Mistress.

His big-screen debut was in the movie Coming Soon in 1999, alongside Canadian actor Ryan Reynolds. His big break came in July 2006 with the series premiere of USA Network’s original series, Psych. The series was a success, and it ended in 2014 after 8 seasons.

The Fortune Rookie actor also directed a few episodes of the series Psych and other projects such as Gravy, Quest for Truth, Rosewood, and Into The Dark.

With an up-and-running career under his belt, the Texas native has a net worth of $10 million dollars, according to Celebrity Net Worth. He is also the co-founder of a non-profit LA theater company, RED DOG SQUADRON.