Matt Damon’s ‘The Great Wall’ received terrible reviews both by critics and audiences, and even though it made $335 million at the box office, it still managed to lose $75 million, making it a big flop.

Matt Damon fighting monsters in the wall of China, while wearing armour and using bow and arrows as a weapon sounds like the recipe for a badass action film. Apparently that’s what it was supposed to be, until the studio decided to make changes and create the mess the movie turned out to be. 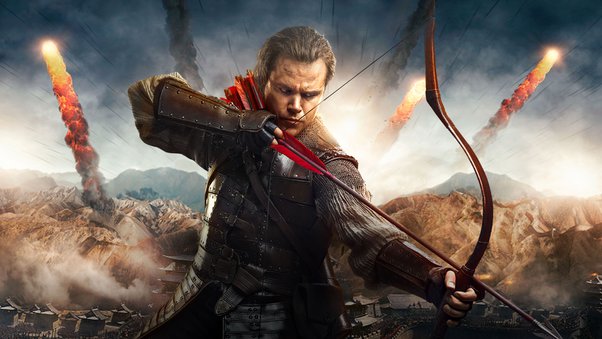 While shooting, after the changes in the script, Matt could already tell that the movie wouldn’t be as good as it was meant to be:

I was like, this is exactly how disasters happen. It doesn’t cohere. It doesn’t work as a movie.

I came to consider that the definition of a professional actor, knowing you’re in a turkey and going: ‘OK, I’ve got four more months. It’s the up-at-dawn siege on Hamburger Hill. I am definitely going to die here, but I’m doing it.’

That’s as shitty as you can feel creatively, I think. I hope to never have that feeling again.

Even one of Matt’s daughters roasts the movie:

Whenever she talks about the movie, she calls it ‘The Wall’, and I’m like, come on, it’s called ‘The Great Wall.’ And she’s like, ‘Dad, there’s nothing great about that movie’.