Rob Marciano is a happily married man. The American journalist has a beautiful family of four, consisting of his beloved wife, Eryn Marciano, and two kids. And he shares a special bond with all of them.

Rob Marciano’s Has a Son and a Daughter 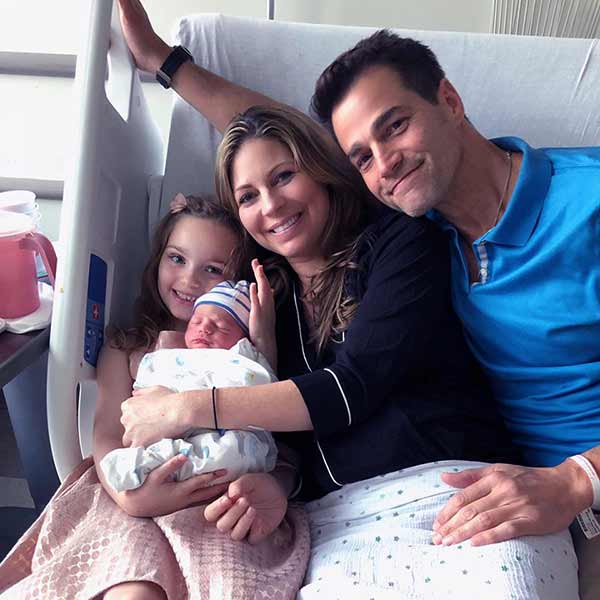 Rob got married to Eryn Marciano in November 2010. He has two kids with her, a daughter named Madelynn Marciano, and a son named Mason Marciano.

His daughter Madelyn was born on November 18, 2011, a year after their wedding.

Afterward, on December 25, 2017, the media personality announced his wife’s second pregnancy through Instagram.

He uploaded his family picture along with an ultrasound photo of the new one, writing, “#Christmas2017 was very special for us. We told Madelynn she’s going to be a big sister at the same time we found out it’s gonna be a BOY!!! We’re so very grateful.”

His Wife Eryn Marciano Is a Real Estate Agent 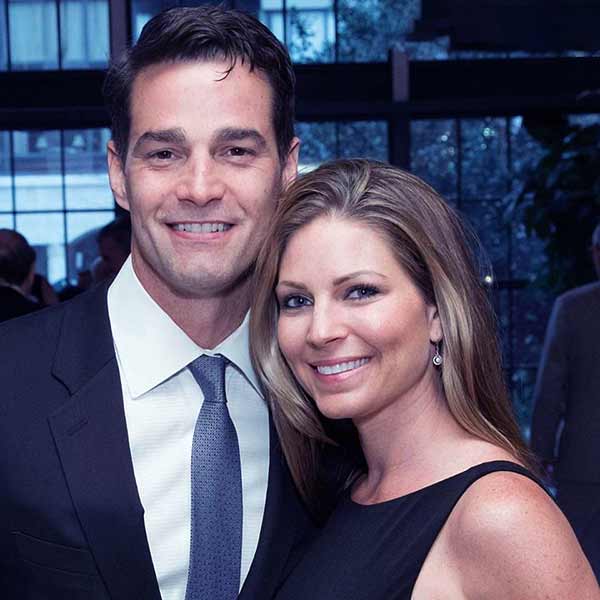 She graduated in Psychology from The University of Georgia and initially worked as a mortgage loan originator. Later, finding her interest in the real estate business, the Georgia native changed her profession.

Now, she has more than a decade-long experience in the field.

She is currently a part of a company named Compass, a real estate company, and also a member of The Kim Arenas Team.

Rob Walked on the Runaway For Gay Community

The 52-years-old journalist has been speculated as gay on the internet due to his participation in the LGBTQ community.

However, the rumors started just on the basis of him walking on the runway for the Atlanta gay community in a tight couture t-shirt flaunting his enviable body back in the olden days.

But despite the rumors, his happily married status suggests that he is a straight man.

Rob was born on June 25, 1968, and grew up in a family of Italian and German heritage. Talking about his education, he is a graduate of meteorology from Cornell University.

In 1994, he landed as a morning meteorologist for KPLC-TV in Lake Charles, Louisiana, and later became the chief anchor. He served there for three years and subsequently joined the WVIT Connecticut News 30 as the weather anchor in West Hartford, Connecticut.

In 2003, Rob joined CNN and featured in shows such as Early Start and Starting Point.

Afterward, he was announced as the new co-anchor for Entertainment Tonight on November 12, 2012. Hence, Rob bid farewell to his work family in CNN and joined the show in January 2013. He hosted the show with Nancy O’Dell from 2013 to 2014.

Later, in July 2014, ABC announced that Rob would be their senior meteorologist. At ABC, he worked closely with journalist David Muir on the show ABC World News Tonight with David Muir from 2014 to 2018.

He also reported the devastating hurricane that went down in Texas, Florida, in 2017.

He continues to work with ABC News providing forecasts for the weekend edition of Good Morning America.

With success in the journalism industry, Rob is at the top of his game. He has an estimated net worth of $2 million.

What is Rami Malek's Ethnicity ? How Does He Embraces It ?
What is Ray Romano net worth in 2021 ?
Beyoncé on Turning Weight Gain Criticism Into Something Positive