Daniel Day-Lewis was Peter Jackson’s first choice to play Aragorn in The Lord of the Rings trilogy. And thus began the insane course of events surrounding this particular casting process.

Jackson offered Day-Lewis the part, but the thespian declined the offer. Then, Jackson offered the role to Nicolas Cage, who declined, citing “family obligations.” Ultimately, Stuart Townsend was cast as Aragorn. After being cast, he spent two months training and rehearsing for the part.

Filming was to commence the next day. And it was on that day that Peter Jackson suddenly got consumed by an idea. “Townsend is too young for the role.” 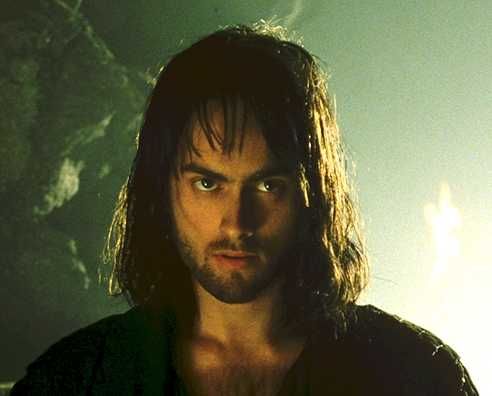 Townsend was fired a day before filming began. Daniel Day-Lewis was offered the role again. He declined again. Russell Crowe was subsequently offered the part. He declined because he felt the role veered too closely to his recent outing in Gladiator.

Sometime around then, producer Matt Ordesky saw Viggo Mortensen in a play. After some discussions, he was offered the part.

Mortensen knew nothing of The Lord of the Rings but accepted the part at the behest of his young son. And thus came to end the “Let’s Cast Aragorn” roller-coaster.

In the end, the right call was made. Mortensen is our captain, our king. A man whom people will march behind to the very depths of hell.

His performance as Aragorn is unimpeachable. And dare I say even Sir Daniel Day-Lewis would have a tough time bringing the part to life in the manner Mortenson did.

He was pitch-perfect for the role. He had the schezwan sauce. While it was a tad unfair on Stuart Townsend, Peter Jackson deserves a world of credit for making such a bold call at the stroke of the 12th hour.

All said and done; it was a last-minute decision that worked wonders. Because Viggo Mortensen was, is, and always will be Aragorn, son of Arathorn; Isildur’s heir; and heir to the throne of Gondor. We owe him our allegiance.

“If by my life or death I can protect you, I will. You have my sword.”

What happened to Danny Koker? Where is he today?
Kristen Tuff Scott Had to Go through Mastectomy to Prevent Breast Cancer
Katie Maloney on Fat-Shaming, Weight Loss, and Self-Love