Gone Girl is a David Fincher’s Thriller/Mystery movie that came out in 2014. The story is about Nick Dunne, as he finds out his wife has gone missing.

The film is based on Gillian Flynn’s novel of the same name which was published in 2012. In the domestic thriller Ben Affleck and Rosamund Pike in the lead roles.

If you liked this movie, then here is a list of 7 movies like Gone Girl on Netflix that you must watch. 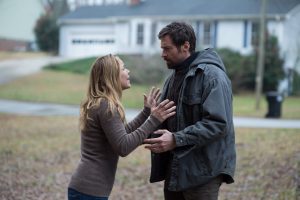 ‘Prisoners’ is one of those movies that you’re glad you came across, the combination of raw emotion and extreme acting depth in both the leads and the supporting cast adds to the overall experience. This movie doesn’t only express the extreme lengths people go to satisfy both needs and wants but the importance of sustaining moral apathy.

Jake Gyllenhaal’s acting was phenomenal as always, but it was Hugh Jackman’s performance that gave me absolute chills in every scene, especially the car scene. Contrasting from his simple menacing Wolverine character to this emotionally drained father that longs for the return of his daughter become the very monster he was made to destroy. 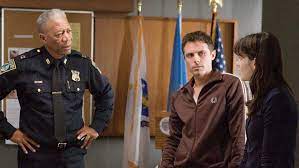 Another movie like Gone Girl is Gone Baby Gone as this film also has a missing person’s story. The movie starts slow, building up the plot. The Affleck brothers have come out of the ordinary and diverted into what is called a real mystery thriller.

The twist and the moral conflict leaves not just the characters but the audience questioning themselves in a world of grey where white and black are all left to perception and subjection.

The Girl with the Dragon Tattoo 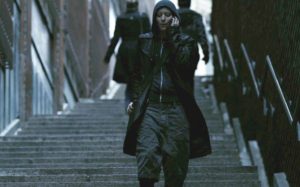 Directed by David Fincher this movie is an English adaptation of the Millenium Trilogy’s first book with the same name. Daniel Craig plays the lead as Mikael Blomkvist but the one who steals the show here is the girl with the dragon tattoo.

Well, this girl is just an amazing character. Rooney Mara as Lisbeth Salander is a treat to watch. Being a bestseller this plot has a lot of content and the screenplay seems to have put together major elements beautifully. The plot revolves around a girl who has been missing for the last 40 years! Well, that sounds freaking but the story does grab you. Like Gone Girl, the movie ‘Dark Places” is also based on a novel written by Gillian Flynn. Charlize Theron plays Libby Day the only child to survive a massacre in rural Kansas. 28 years later she goes back to find answers.  The past and present flash scene to scene shows the truth of what happened to this family.

The story can be properly followed and the characters have motivations and reactions one can understand/believe. There are repeated comparisons of Dark Places to Gone Girl with a unanimous kind of devotion for it. 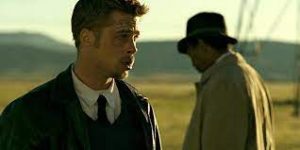 A serial killer who murders people based on the seven sins and two detectives chasing him. The plot twist is gonna surprise you and make you think about it for hours.

David Fincher’s story takes place in a bleak and constantly raining city (never named) where urban decay and sleaze in all forms are rampant. Coming up to his retirement from the police force is Detective Lieutenant Somerset (Morgan Freeman) who is tasked with breaking in his replacement, Detective Sergeant Mills (Brad Pitt) before leaving. Somerset is world-weary, under no illusions about the futility of the daily role he plays, and (initially) wants nothing more than to escape the grime and violence of the city.

Mills on the other hand is convinced that he is going to make a real difference having voluntarily transferred to this precinct, bringing his wife to the city with him. Before Somerset can move on, a homicide comes in which he and Mills are assigned to investigate. But it’s only the first of a string of ritual murders that will be committed by a killer who is basing his crimes on the seven deadly sins as depicted in Dante’s “The divine comedy”. 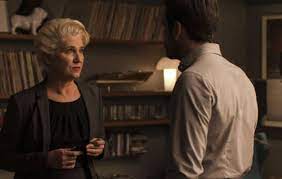 A jaw-dropping Spanish thriller movie that displays revealing of the mystery with the help of an attorney for a handsome accused businessman 3 hours prior to his final trial with chilling versions of the crime scene will set you spellbound for 1hr 46 minutes.

This is a mystery thriller intended to deceive and befuddle the viewer. It succeeds totally till the very end without making a fool of the viewer. This makes the film exceedingly entertaining.

And lastly, the twisted climax of the movie will definitely be enough for experiencing the ultimate thrill and a feel-good mood. Oriol Paulo with great direction and the chemistry between Mario Casas and Anna Wagener is the achievement of this movie.

In the Valley of Elah 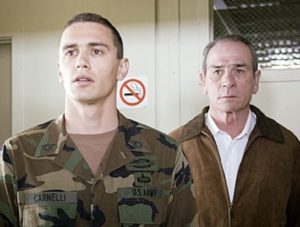 This movie depicts the best and the worst of the military in terms of the value of discipline and order in providing structure and stability to a person’s life (in Tommy Lee Jones) v.s. the moral decay and heightened desensitization soldiers with prolonged exposure to the ugliness and continual violence associated with a war go through and struggle with as they try to adjust to life back in the States (like his son and fellow troop members).

The precision and attention to detail that Tommy learned in the service help him in pursuit of the truth of his son’s fate, while his son’s inability to maintain his own moral compass coping with the hazards of war with his fellow soldiers cost him his life.