Pirates of the Caribbean: At World’s End came out in 2007 and went on to become one of the heighest grossing franchises of all times. The entire series has exciting adventures , funny dialogues and an enjoyable performance from the cast especially Johnny Depp as Jack Sparrow.

If you liked the series, then here are 5 movies like Pirates of The Caribbean That You Can Watch:

A fun, fast, funny, action adventure film about Egypt and Mummies set in the 1920’s. Has a bit of everything for everyone if you ask me and if you can look past the dated CGI, it’s a great time killer.

For a 1999 film it left it’s mark on the walk of fame no doubt. Since its release it became an addiction movies watchers. It took ancient egypt to another level in terms of makeup, props, cloth, backgrounds and architecture, all shown & presented in amazing camera angles, unforgettable shots & perfect timings in collaboration with the actors.

Prince of Persia: The Sands of Time 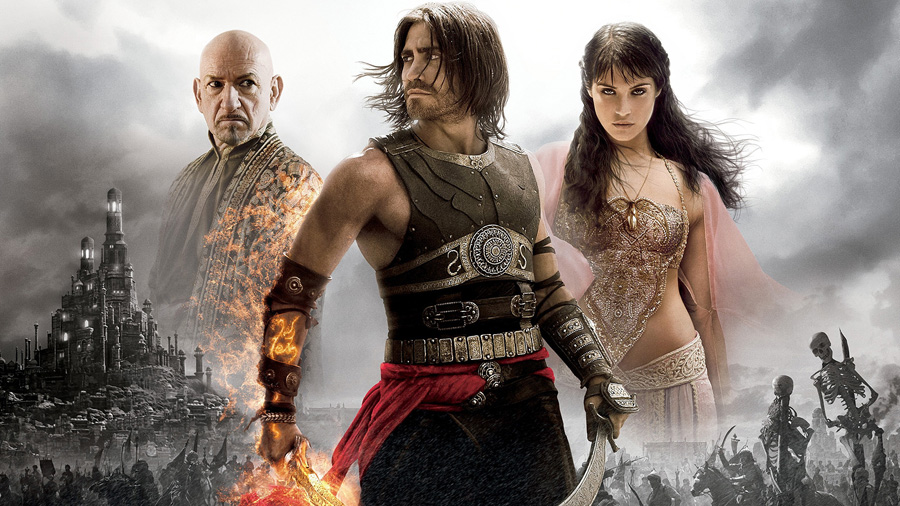 Prince of Persia: The Sands of Time is one of the very few video game movies that didn’t fall entirely in the hole of bad video games movies. Since Jerry Bruckheimer from the Pirates of the Caribbean movies helped in the making of this movie, they got the scenery down packed. Acting performances were good with a story that could’ve been executed a little better, but still passable.

The visuals and soundtrack were great along with the action and stunts (hardcore parkour). While it’s not a perfect film, it’s one of the only video game movies that (if revived) can make a come back, get better, and could even start a film series based on the actual games. The potential is there, but the fans probably remember Prince of Persia: The Sands of Time more than Disney does at this point. By turns crazily tongue in cheek – everyone hamming it up like crazy, and a good old wicked witches story. Good core acting by an extraordinarily strong cast – hamming it up! De Niro, Pfeifer and strong English character actors having fun! They must have all been between serious gigs – simultaneously! Surprisingly profound and heart warming story.

Definitely worth watching and seeing a whole cast really enjoying working together on a quirky but meaningful folktale with true love at its heart.

The Adventures of Tintin Tintin arguably serves as a better Indiana Jones 4 than Kingdom of The Crystal Skull. The score, cinematography, and progressively intriguing plot make this film such a joy to watch. There’s whimsical action for the children (which bars few holds on the more gritty/dangerous side to adventuring) and the storytelling is done in such a way that people of all ages would find it hard not to be captivated. The visuals alone make this movie so much more than it probably ever dreamt of being.

Every pore and hair follicle was met with such vigorous attention to detail, and yet these characters unmistakably resemble their respective source material. Audiences are  thouroughly taken aback at every turn of this movie, and the near photorealistic cgi certainly made it that much more fun to watch. A must see for any fan of Speilberg’s finest work.

If you like action, adventure, mystery and history you will especially like this! And if you don’t like those things, you still will probably like this movie. While Pirates of The Caribbean mentions treasure, this movie is a complete adventure based on treasure hunt only.

A couple of rival treasure hunters follow clues based in United States History to find the treasure of all treasures. If you disregard the pulling apart of American history to serve the narrative, this movie is a good time.