Buffie Purselle is an American reality television celebrity who rose to prominence after appearing in the seventh season of Bravo’s ‘Married to Medicine’. She is a tax and personal finance professional by trade.

Buffie Purselle was born in Atlanta, Georgia, on January 20, 1978. She will be 42 years old in 2020. Her parents, siblings, and other family members have not been identified. Her racial background is African-American.

According to her LinkedIn page, she attended Georgia State University and earned a bachelor’s degree in business administration in 2000.

Buffie Purselle, according to her Bravo bio, is a third-generation tax professional who has also launched two enterprises in her career. She is currently the managing member of Buffie the Tax Heiress, a position she has held since 1999.

She founded her own company, Buffie, LLC, in 2014, where she provides specialist “management solutions” to business owners. She also assists in the management of Georgia Psychiatric Consultants, her husband’s medical firm. Aside from that, the couple runs a telemedicine clinic in Puerto Rico. In their leisure time, they also refurbish their many residences and rental properties.

Buffie has also worked as an image consultant for the Atlanta chapter of Dress For Success since 2015. She began volunteering at the Partnership Against Domestic Violence a year later. In addition, she joined the board of the Introducing Youth to American Infrastructure foundation in 2017.

See also  Does Antonella Nester have Leukemia? Her Battle With Cancer

Her presence in the iconic Bravo reality series ‘Married to Medicine,’ which premiered on March 24, 2013, catapulted her into the spotlight. She played Dr. Simone’s companion in the most recent season of the show, season 7, which premiered on September 8, 2019.

How tall is Buffie Purselle? Purselle is a brunette with brown hair and brown eyes. Her height, weight, and other bodily measurements remain unknown.

Who is dating Buffie Purselle?  Dr. David Purselle is Buffie Purselle’s husband. Her husband, a psychiatrist in Atlanta, is also the Director of Georgia Psychiatric Consultants. 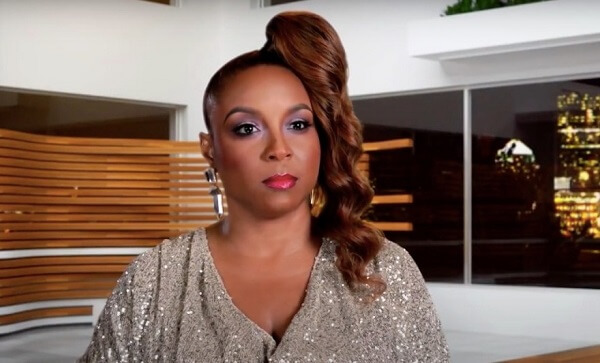 They manage two medical offices together. She also assists him with Georgia Psychiatric Consultants management. The pair appears to have been married for a long time, but they have not announced their wedding date.

The pair hasn’t had any children from their marriage, despite their best efforts, due to a string of six miscarriages over the years. They want to start a family as soon as possible and have begun the surrogacy procedure.

Net Worth and Salary

Meet Cornell Haynes III, Son of American Rapper Nelly
Who is Dallas Lovato Demi Lovato's Sister ? Is She Dating Anybody ?
Does K. D. Aubert Have A Boyfriend ? What is She Been Doing These Days ?