Dina Marie Fisher (née Ruiz), also known as Dina Eastwood, was born on 11 June 1965 under the zodiac sign Gemini in Castro Valley, California USA. She is a 56-year-old journalist and actress but is probably best recognized for being the ex-wife of Academy Award-winning actor and director Clint Eastwood.

How rich is she, as of now? Dina Eastwood’s Net Worth

As of early 2022, Dina Eastwood’s net worth is estimated at over $20 million, acquired through her successful involvement in both the news industry and the world of entertainment. Besides that, it’s assumed that she increased her fortune through the divorce settlement from her ex-husband Clint Eastwood, whose wealth is estimated at over $375 million.

Dina Eastwood spent her early years in her hometown of Castro Valley. Her father Michael Ruiz was adopted by a Spanish-Puerto Rican couple, Julio and Mary Ruiz, while his biological father Marcus Grant was African-American and a Native Hawaiian; his biological mother Lilian, was Hawaiian and Japanese, while her mother Mary Lou Ruiz is of British and German descent. She has a brother named Dominic V. Ruiz. She holds American nationality, belongs to a mixed ethnic group, and is a Christian. 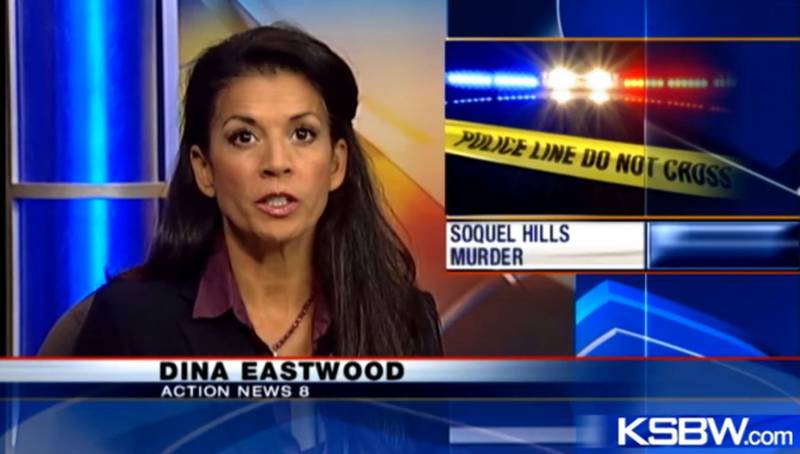 Dina Eastwood launched her professional career in 1990 when she landed a job as a reporter for the NBC-affiliated television station KNAZ-TV in Flagstaff, Arizona, where she spent a year, and then transferred to work as a news anchor for KSBW, a dual NBC/ABC-affiliated in Salinas, California.

She worked there until 1997 when she retired, shortly after marrying Clint Eastwood, but then served as a host of the TV show “A Quest For Excellence” in 1998, and hosted the popular hidden camera TV show “Candid Camera” from 2001 to 2004. She eventually returned as an anchor for the 5 pm newscast for KSBW in 2011. The following year, Dina was cast in a reality TV series about her own life and the lives of her and Clint’s daughters, entitled “Mrs. Eastwood & Company”, which was broadcast on the E! network.

Apart from being a journalist and TV star, Dina Eastwood tried herself as an actress. She made small appearances as a reporter in two of Clint’s film titles, “True Crime” in 1999, and “Blood Work” in 2002.

She also landed the role of Vanessa Reeve in the 2012 drama film “The Forger”, sharing the screen with her stepson Scott Eastwood.

Furthermore, she is a past chair of The California Museum for History, Women and the Arts Board of Trustees.

See also  Why Was Debraca Denise, Daughter of Red Foxx In So Much Debt ?

Dina Eastwood met her husband Clint Eastwood in 1992 when she interviewed him for KSBW-TV. They soon started dating, and finally tied the knot at a ceremony held on 31 March 1996.

Who is Ayla Woodruff's Boyfriend? Is She Dating Anybody ?
What is Dr Phil Mcgraw's net worth ? Is He Still Married ?
Meet Zendaya's Brother Austin Stoermer Coleman