American actor Matthew Charles Czuchry, aka Matt Czuchry, is well-known for his portrayal of Logan Huntzberger on the television series Gilmore Girls. He also garnered a huge reputation from his acting stints on The Resident, where he starred alongside Manish Dayal and Emily VanCamp.

Join in to know if the New Hampshire native has a girlfriend or a wife or is relishing his singlehood! 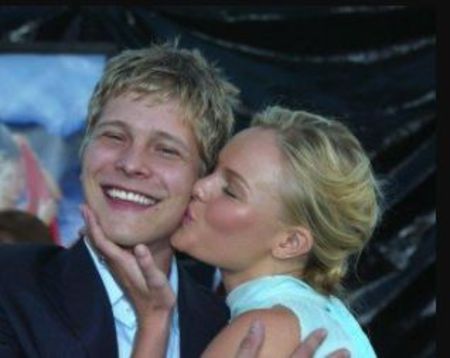 Matt Czuchry reportedly started dating his co-star, Kate Bosworth, in July 2000. They met each other on the sets of the television series Young Americans.

His blooming relationship with Bosworth got confirmed after the pair were spotted enjoying each other’s company even after the series they worked on had been canceled.

But their relationship lasted for only two years, as they split circa 2002.

Over the years, Czuchry has been linked with several ladies, but none of his relationships materialize into fact. At one point, he was also rumored to be dating The Good Wife co-star Archie Panjabi.

Matt Czuchry keeps his personal life details close to his heart. He has shared nothing of his dating life or possible girlfriends on his social media accounts, including Instagram and Twitter.

Because of this, his relationship status remains concealed. It can’t be stated for sure if he is single, dating a girlfriend, or married with a wife.

That being said, The Resident actor used to be quite vocal regarding his stance on relationships. He even affirmed having a long relationship while talking with the New York Post.

Moreover, in an interview with the Vulture in 2011, he shed light on his singlehood.

“No. I’m enjoying dating. I’m single, though, I’m not in a relationship.”

But, since the interviews, Czuchry hasn’t opened up about his relationship status.

Czuchry is a star among all communities, including the LGBTQ+, because of his anti-discrimination stance.

He openly stated to the Advocate that he dedicates his work to all fans irrespective of their color, origin, or sexuality.

“I have so many great fans. No matter where they’re from, or what color skin that they have, or what their sexual preference is, those fans are the reason I do what I do.”

He stressed that gays/lesbians were ordinary people trying to figure out their situation just like everyone else. He spoke against the anti-gay legislation and maintained that discrimination on such a basis must be discarded.

Are Simu Liu and Jade Bender Dating?
How Many Times Has Jennifer Lopez Been Engaged ? Her Dating History Explained
Who is James Gandolfini’s First Wife Marcy Wudarski ?