And ever since, her modeling career has taken off. At 18, she became the second Australian aboriginal woman to grace the cover of Vogue.

As one of the down-to-earth and humble models, she has garnered a decent fan base. And these fans are curious about her career and love life.

Who Is Samantha Harris Married To? 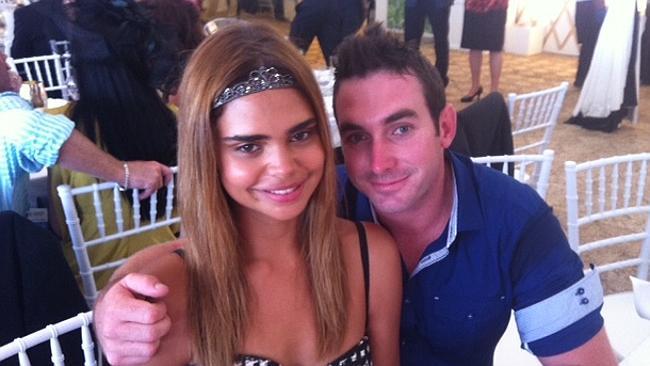 For the longest time, fans wondered if Harris was married because rumors stating she had married her fiance Luke Hunt in secret had been floating on the internet.

But in October 2016, the supermodel finally put them to rest, telling Marie Claire the pair had been married for a lot longer.

Harris revealed she secretly married her long-time boyfriend, Luke Hunt, at an intimate ceremony in March 2014.

She explained to the outlet she and her husband kept their union a secret because they were involved in a tragic car accident in 2012, resulting in Kenneth Lay’s death.

The victim was rushed to the hospital, but unfortunately, he passed away. In May 2014, Harris’ husband was sentenced to jail, with a minimum of two years before parole.

The couple who were planning their wedding was suddenly left to decide how they would proceed. Since they were already engaged, they ultimately married two months before Hunt’s sentence began.

The couple also kept the event low-key out of respect for the deceased and his family.

“We had been engaged for a few years and were planning to get married. Would our wedding have been bigger under normal circumstances? Probably not, but I would have posted a photo or something on social media,” said Harris.

The model shared that both their families and close friends were present and described the event as “a family gathering or a Christmas dinner, full of love and support.” Harris and her Hunt wrote their own vows.

Samantha Harris and Her Husband on Surviving Car Accident

After Harris’ husband was released from jail in early 2016, she finally opened about the harrowing car accident.

Recalling the fateful day, she said she and her husband were heading to the gym during the weekend, and because of bad traffic, they took a different route and were speeding.

“Everything that could go wrong did that day. I was texting on my phone and had my head down, so I don’t remember the actual accident — I think my body went into shock, and I fainted,” shared Harris.

A few minutes later, she regained consciousness, but she didn’t know what was happening and freaked out. She noted her Hunt was in pain and thought he was dying.

While Hunt was recovering in the hospital, they were informed by the police about Lay’s passing. Devastated by the news, Hunt went into shock and started sobbing.

The tragic accident took a toll on their lives, with Hunt going to jail and Harris subjected to online bullying when the news became public. But the couple has since moved on with their lives.